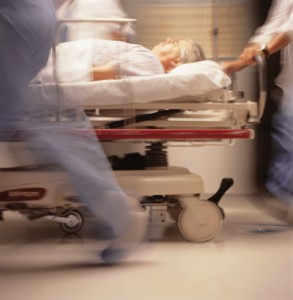 In some medical situations a geriatric care manager is the best option for families who don’t know where to turn when a loved one is in medical distress.

When Barbara Millstein fell in her Sun City Center home last July 21, she injured her pelvis. She was assured that with proper treatment, including physical therapy, her condition would improve without surgery. Little did Barbara know that her fall was only the beginning of a monthslong medical crisis that took her entire family and a senior’s advocate to solve.

Barbara’s case is an example of how an older patient became a “vulnerable person” at the mercy of those persons and facilities who would exploit her and her situation without regard for her personal wellbeing.

And that is why legislation passed this year by state lawmakers to protect the rights of elderly and disabled residents is so important.

House Bill 409, the “vulnerable persons” bill, was passed to protect the elderly and disabled by redefining the statutory definition of exploitation of vulnerable adults. It also increases penalties for those who steal seniors’ identities and holds caregivers accountable for negligence. The bill awaits Gov. Rick Scott’s signature.

After Barbara fell, her husband  Jerry said that on one occasion after the physical therapy, something went wrong and the pain in her hip worsened. She also became less mobile as the weeks went by.

“In late September, she was in the bedroom and collapsed,” Jerry said. He said that emergency services took Barbara to a local hospital. In the emergency room, her temperature was recorded at 104 degrees when she was admitted, he said.

When surgery to fuse her vertebrae was suggested, Jerry called their son Mitchell, who flew to Florida. Jerry and Mitchell decided to cancel Barbara’s operation. “None of them were talking to me,” Jerry said. “No one was explaining why her mind was going bonkers.”

Jerry said Barbara ended up in a nursing home, where her condition was not improving, mentally or physically. By then, Jerry and Mitchell were joined by the Millsteins’ daughter, Cheryl Schaier of Virginia Beach.

Jerry said they all had advanced degrees yet did not know how to deal with Barbara’s medical emergency. It was when the attending physician at the nursing home gave his prognosis to the family that they knew they needed help.

They did not know where to turn. Then a random meeting with an attorney gave them the answer they needed. The attorney mentioned to the family that a geriatric care manager might be of help, and he recommended Deena Balogh. Balogh has a long line of credentials, including acting as a medical guardian, and is certified by the National Certification of Geriatric Care Managers.

“Talk about an angel,” Jerry said, referring to Balogh after she saw Barbara in the nursing home. “She said to us, ‘I think there’s hope. We have to get her out of here.’”

The kind of confidence needed to question top medical managers at hospitals and nursing homes about their clients, Balogh said, comes from knowing what they are talking about and knowing what they need to do to help the people entrusted to their care. Such geriatric care managers make the tough call.

On Oct. 21, 2013, Barbara was taken to Tampa General Hospital, where she was admitted to geriatric intensive care. They found she had Mercer Disease, or MRSA, and began treating her with antibiotics. The disease had infected Barbara’s lungs.
MRSA is an infection caused by the bacteria Staphylococcus aureus.

Within days, Barbara began recovering her mental and physical faculties. The Millsteins feel that a miracle happened. Without a third-party opinion, though, her family is sure Barbara would never have come out of the nursing home.

“When you come to a crossroad like this and you don’t know what to do,” Jerry said, “you get an independent analysis. She would have been in the nursing home the rest of her life.”

Barbara is still wobbly over her experience. “I’m not an overly afraid person, but I was so nervous, my body would shake,” Barbara said about her experience.

According to Balogh, the Millsteins’ story is a classic example of what’s wrong with the “system.” Balogh says she sees that same scenario a lot, where the patient is not receiving the care they need to make a recovery.

“It’s more than advocating. It’s a battle,” Balogh said. “We are trained and credentialed at the highest levels. I spend a third of my time in courts.”

Generally what happens, she says, is that people have a fall, are in the hospital for their maximum three days for which Medicare will pay, and then they are released to their home, or a short-term care facility like a nursing home.

That is when the trouble can happen, Balogh said.

Florida lawmakers are passing legislation to guarantee the safety of the elderly and the disabled. Unfortunately, Balogh said, the right kinds of lobbyists are not demanding that action be taken. Change is slow.

It is important to protect these people as they age and increasingly need help in making decisions about the quality of their life and health care. Many are finishing their lives in assisted living, or nursing homes, so regulations of these facilities must be enforced.

Failing to pass this legislative session were House Bill 573 and Senate Bill 248. Key provisions would have assured that there would be oversight over assisted living facilities similar to that over nursing homes. A rating system would have been implemented to establish fines if those ratings became delinquent. Also, a special license would be required if one or more residents at an assisted living facility were facing mental health issues.

Some 83,000 Florida residents who are elderly or disabled live in assisted living facilities. Since 2003, the number of facilities has increased by 32 percent.

According to the Florida Health Care Association, by 2025 “Florida’s population older than 65 years of age is expected to be 26 percent of the population.”

What Our Clients Say

Deena Dear, Once again because of your watchful eye and thoughtful heart a trip was successful!  I so enjoyed meeting Dad, Mary Jane, Jess and observing Steve and Harold interacting.  Harold looks so well!  Thank you!  Deena and Michael, may He always keep His loving hands on your projects, goals, you.  Thanks for everything.

(Translated from French) Dear Deena,  Thank you so much for your help towards my sister and also I am grateful for your help in enabling me to inherit from my sister.  I am delighted that I have received both cheques.  I will always remember your kindness and that of Michael toward me.

Deena:  You have a big heart and all of us are better off for it!

Hello Deena! Yes…we made it and Dad is settling in nicely. He remembers that this is the nursing home that his father was in. So it is a good memory. Evaluations have started as well as PT.. He is very weak and tired but that could be from the trip. His pneumonia is almost gone and still has a great appetite. Made me buy him a coffee milkshake because you only have frappes in Florida. Silver Wings services are no longer required. Boy, that feels good to say…..but will miss our c… END_OF_DOCUMENT_TOKEN_TO_BE_REPLACED

Deena, I wanted to say thank you for letting me help yesterday! I know this sounds so weird… But I have always wanted to know what happens “on the other side” of my desk. I am normally only able to help transition a patient once they are through my front door. I am more than willing to give emotional support and counseling to the families and residents that need it. However, I have never been able to physically help them with such a personal and emotional thing, such as the actual moving or sort… END_OF_DOCUMENT_TOKEN_TO_BE_REPLACED

I would like to take this opportunity to express my appreciation for your dedication in serving our elderly population. Because their abilities to complete activities of daily living are often hindered by medical illness or the natural deterioration resulting from aging, their needs and undiscovered potentials, dreams and unfulfilled goals are often overlooked or ignored. Not only have you recognized this deficit in caring for the aging population, you have created a fantastic program allowing … END_OF_DOCUMENT_TOKEN_TO_BE_REPLACED

Thank you so much for everything! You’ve been such a blessing to our family. Take care and God Bless.

I’m writing in recommendation of Deena Balogh & Associates, LLC certified care management services. I recently engaged their services on a very complicated and sensitive guardianship case in Pinellas County to assist in maximizing the quality and care for the remainder of my Ward’s life. The services provided included arranging activities to reengage my Ward into the community by facilitating such things as lunches with old friends and shopping trips. They provided highly customized attention… END_OF_DOCUMENT_TOKEN_TO_BE_REPLACED

Hello Deena, Thank you, you have always been so special to me and my family. Alphina loved you and so do we. We will always remember all the kind and wonderful things you did for Alphina. You worked way beyond what a Guardian was supposed to do. I know, because I asked friends how their family members were treated and cared for and not one of them said they were treated the way you did my Alphina. You also helped alleviate our stress and worries about her and her delicate health. She was such a… END_OF_DOCUMENT_TOKEN_TO_BE_REPLACED

We'd love to be able to let you know when we publish new articles or when we have special announcements. We promise we won't send you endless spam and we won't ever share your email address with anyone else.

A Strong Voice for Seniors